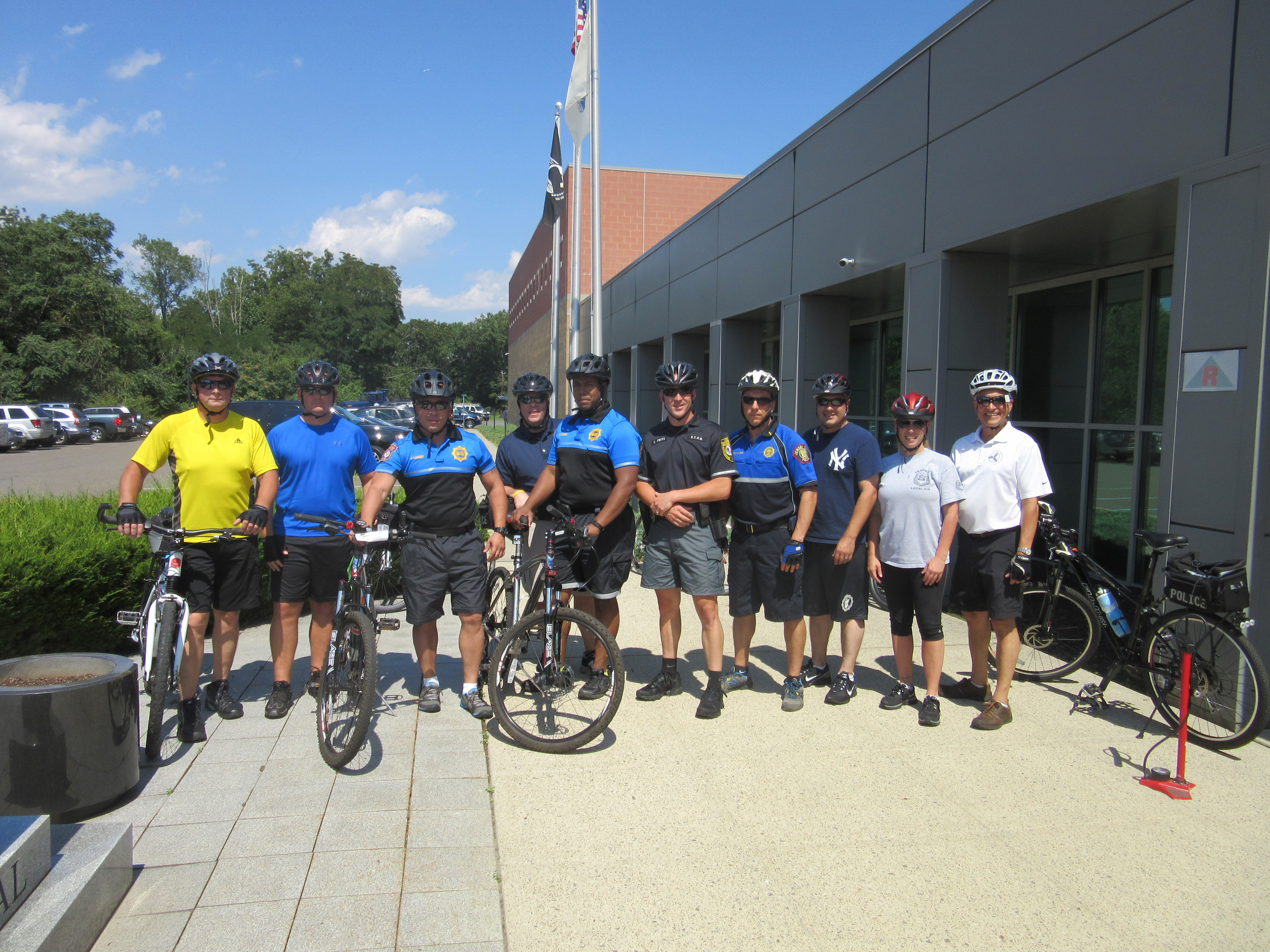 Although New Jersey law explicitly gives bicycle riders the same rights and responsibilities as drivers of motor vehicles, most people, including many police officers, tend to see the traffic flow from the perspective of a motor vehicle operator. According to Les Leathem, Education Coordinator for NJBWC, “in talking to officers around the state, we found that many of them don’t realize the difference in the way traffic appears to a bicyclist. They also did not fully understand the challenges bicyclists face in dealing with motorists.”

With their seminar, “Title 39: A Bike’s-Eye View,” NJBWC and VTC equipped officers with tools they can use to be more effective in dealing with bicyclists as drivers. The courses, held in Camden, Essex, Middlesex, Ocean, and Passaic Counties in August and September, were also designed to help officers deal with motorists as well, who often do not understand that bicyclists have a right to use the road in the same way that they do.

“This program really helps law enforcement officers understand what it is like to ride a bike on the road. Instead of seeing bikes as ‘in the way,’ the course helps officers understand that bicyclists are another part of traffic,” said Arnold Anderson, Community Traffic Safety Program Coordinator at the Essex County Police Academy.

Officers then got on bikes to practice drills to avoid crashes, and to ride on a variety of roads ranging from low-speed, residential streets to major highways. Their time in the saddle also took them along roads with and without shoulders so they could understand how roadway design, traffic and road conditions affect bicyclists. “The real power of this course is its dual approach: classroom discussion helps officers become more aware of the motor vehicle code as it applies to bicyclists.

Then, “getting the officers out from behind the steering wheel of a police car and putting them on two wheels gave them an understanding of how the world looks from the bike saddle,” said Mr. Leathem.

The course was created in consultation with police officers from around the state. Funding was provided by the NJ Division of Highway Traffic Safety and the program was administered by the Alan M. Voorhees Transportation Center at the Edward J. Bloustein School of Planning and Public Policy at Rutgers University. Classes were created and led by Mr. Leathem, who is also a national coach for the League of American Bicyclists, and by police officers who are LAB League Cycling Instructors as well.